The material distributor (often known as a fluffer or ruffler) is retractable and used to break up compacted newspaper or disperse bundled newspaper and magazines in the feed hopper to produce a more uniform bale. It is a rotary blade driven by an electric motor into the hopper immediately above the baling chamber and speeds up the loading into the press chamber of bundled materials which weren’t pre-conditioned before baling.

It is moved into the baler hopper through hinged doors and distributes bundled, compacted material, which is extremely difficult to bale, such as magazines, folders, hard cover books, newspapers and coated paper, by means of high-speed rotating.

The ruffler door in the hopper chute is opened automatically. Once the ruffler is inside the baler, the door automatically closes again (motor hydraulic control – 1.5 kW).

The ruffler is equipped with heavy bearings that can absorb any major shock loads. An electro-motor (usually 11 kW) drives the star-shaped disc of the distributor via V-belts. These V-belts protect the motor against peak loads. 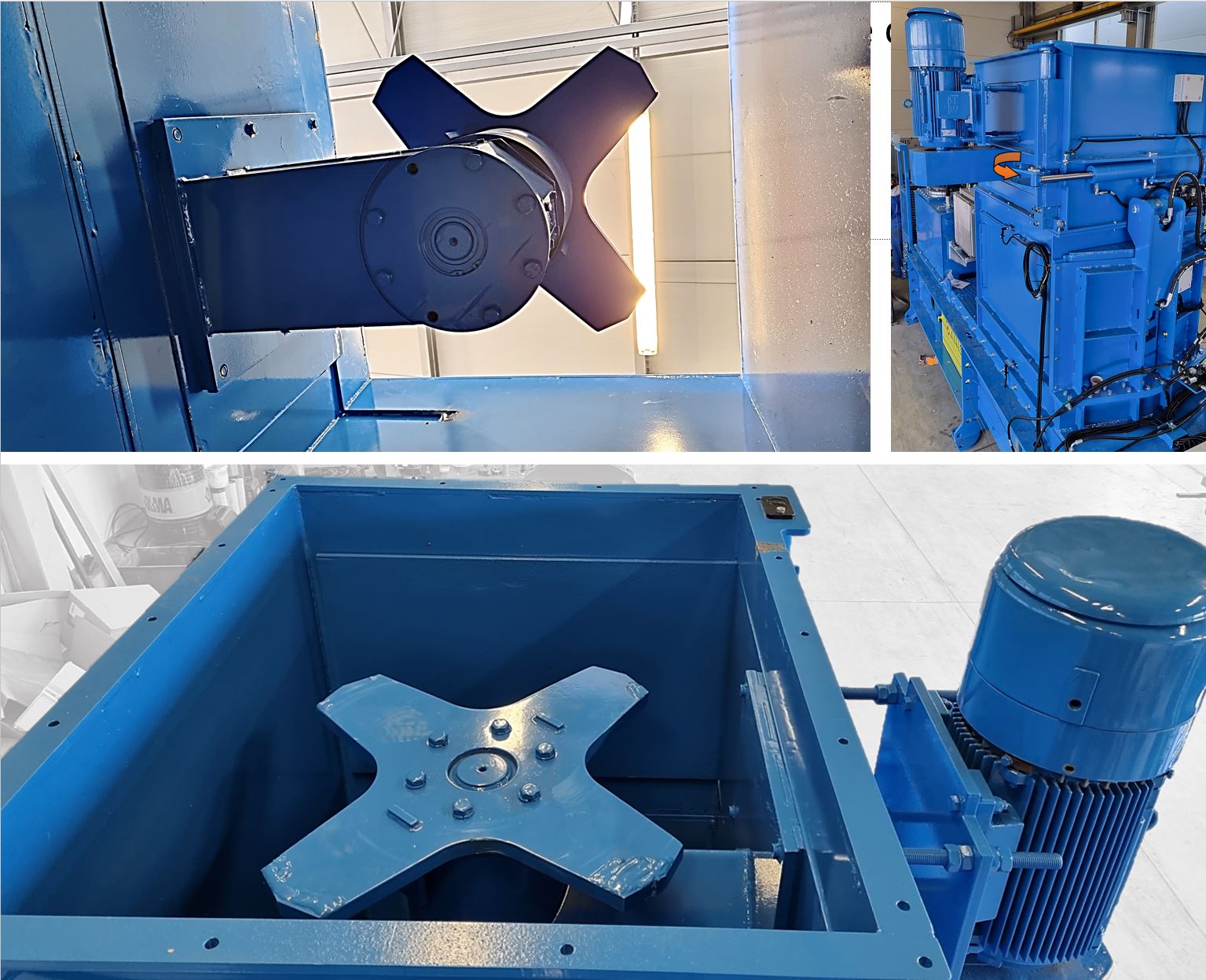